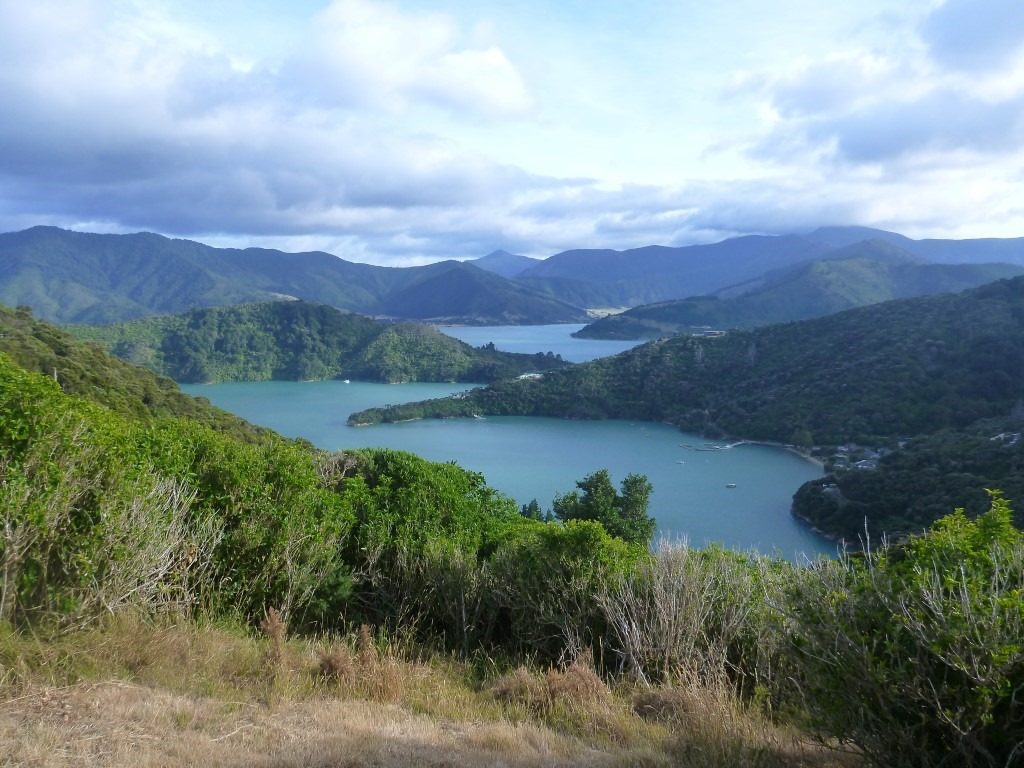 The track starts from Ship Cove, the north/east end of the track, also the start of the TA (Te Araroa trail, across the country) for the South Island part.

Official information about this track:

On this 29 December 2017, a beautiful and clear summer day, we boarded on the taxi boat in Picton mid morning, met some orcas in the channel and disembarked at Ship cove around 11am. We walked through the memorial and Captain Cook’s memorial pretty quickly, and headed to the start of the track. 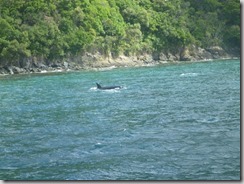 The first part was a steep uphill, to the first pass at 240m, then down to the second bay, resolution bay. 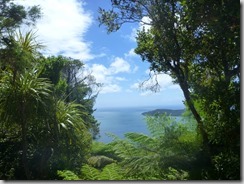 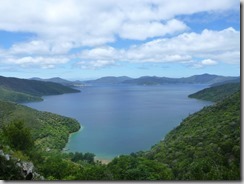 The second climb was more steady and we made it to the next saddle for a lunch with a curious and hungry weka. 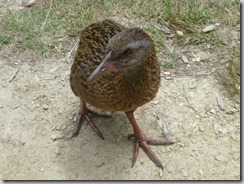 The way down was sheltered in the forest, which was good for the sun exposure but a bit less for the views. Sometimes we could get a little gap between trees and see the deep blue of the ocean, the green of the grass and the dark green of the trees… gorgeous relaxing holiday! 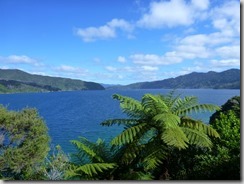 We kept walking along Endeavour Inlet, all the way to the head and then along the shore line on the other side, to reach Camp Bay and find the campsite after around 7pm. Long day… about 25 km done!

The campsite was fairly busy, we found a little spot, made dinner, tried to chase the wekas away and had a good night to recover.

All the way straight up to Kenepuru Saddle, and then steadily up to Eatwells lookout (474m), in a clearing, which provided us with great open view on the sounds, including the inner bays of Kenepuru Sound. 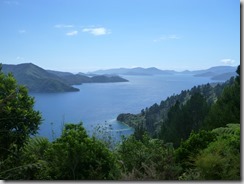 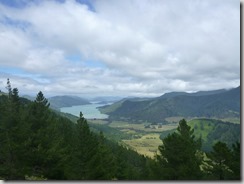 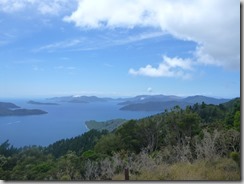 We passed the Shelter at Bay of Many Coves, had a nice lunch break with more view on the sound. 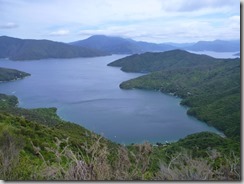 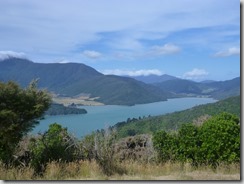 This was also a pretty long day, and after we passed Black Rock Campsite for another break, we started heading slowly downhill towards Torea Saddle. A further 100m downhill and we found Cowshed Bay Campsite, crowded. We were able to fit our tent between 2 others and I even had a quick swim in the Bay to wash the sweat off my body.

The long days of summer were pretty useful and enjoyable to hang around outside late in the evening, without needing a headlight.

Day 3 – From Torea Saddle to Anakiwa

From the campsite, the track climbed steeply to the top of the ridge, about 300m, and then slowly along the ridge to a summit with a 360 degrees view (407m). The track followed the ridge, sometimes fairly wide, all the way down to Te Mahia Saddle. 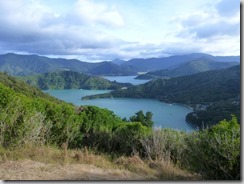 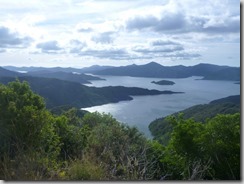 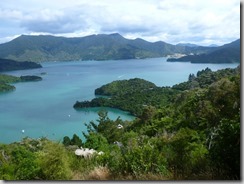 On route for our last little climb, we sat on the side of the track and had our lunch facing Wedge Point, the west side of Picton Harbour entrance.

We kept going, a last break at Davies Bay campsite, before finishing to Anakawi before 3:30pm.

We left our tent and most of our hiking gear and clothes at the campsite, as we got in touch with Jenichka and Daniel, our friends from Christchurch who were staying in Anakiwa and were planning to go to Davies Bay campsite to celebrate New Year’s Eve.

They went there with their little boat while we walked to the studio. We had a shower, packed a bit more food and drinks, then met at the boat and got a lift back to Davies Bay.