The way down to Christchurch through Lewis Pass was nice, but nothing really special, just a nice long drive between small mountain ranges, along rivers, through the forest…

In Christchurch, we could sleep at Selwyn council free campsite, which was quite nice considering the proximity with the city.

We walked through Christchurch, and I have to admit that it felt weird. We all know what happened 4 years ago, these earthquakes that did not want to stop and kept going and going… about 185 people lost their lives in Christchurch during the 22nd of February 2011 earthquake (magnitude 6.3, the epicenter was about 10 km south of the city center). The different earthquakes that happened in 2010 and 2011 (there were other smaller ones following through the year) where all considered as aftershocks of the previous ones, the first one being the strongest (magnitude 7.1, 37 km of Christchurch) in September 2010. So even if you have not seen any pictures or news about it, you can imagine that the buildings were cracked, damaged, collapsed…

Today, through the city, everything is under construction. Buildings, streets, traffic lights… Everything is orange, marked temporary, speed limits reduced, road works, building construction site all fences, businesses closed up, all the car parks are temporary (graveled areas with the ticket machine in the middle)… It definitely look like the city has been through something huge. Passing the streets, the buildings, the people there with my backpack on my back and my camera in my had made me feel like I was doing “misery tourism”.

We followed a map from Gapfiller, which is a creative urban regeneration initiative that temporarily activates vacant sites with cool and creative projects, to make for a more interesting and vibrant city. Some of the projects are art, or activities, to make people participate to something, share activities and time together.

We also found a LEGO room! A place full of LEGO parts, where you can come, hang around and build all day! There is the version for the smaller kids (DUPLO) and the version for the older ones (TECHNIC) or even build your lego on computers with a software!

We had one of our first proper dinner of our trip, because of barbecues at the campground… Nice and healthy dinner! 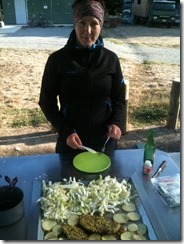 We left the following day with a little bit of drizzle (first “rain” of the trip as well!) to go to the West Coast via Arthur’s Pass.

We passed a few hills, ski fields, drove up and down a little in a completely deserted landscape. Then at some point we pass Castle Hill Village, small village with rocks and piles of rocks that makes the hill look like a castle. (what a surprise for the name of Castle hill!)

We drove along the lake Pearson, and reached the Waimakariri river valley. A lot of one lane bridges to cross the rivers and we arrive at Arthur’s Pass National Park. The weather is a little bit cloudy, but the sun is partially here as well, it is nice. 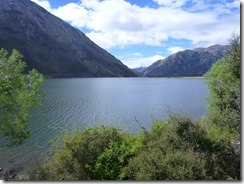 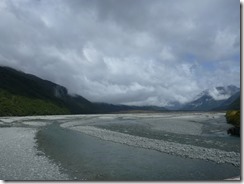 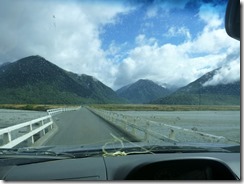 We went on a walk at Bealey Spur, because the valley was less cloudy than a Arthur’s pass village or the west coast, and above the bush line we wouldn’t have been able to see anything (and maybe wouldn’t have been able to walk that high: to reach the bush line it is 1000 meters to climb steep in the forest…) So we gently followed the advise from the visitor center and went to Bealey Spur track.

The first part of the track is in the forest, with birds around and a lot of mice!! They are running around everywhere. A few clear spots in the bushes let us see some views above Bruce stream steep valley. 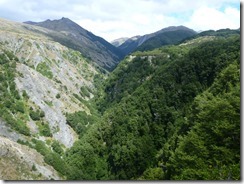 Out of the forest, the view on the Waimakariri river valley and all the mountains around was quite impressive. We kept walking up to the hut, passing some wetlands and more forest. On the way down, the view was even better, as the weather is changing quite fast it was good for us! The clouds moved away, we had sun for the rest of the walk (and the day). We also met our first Kea (bird – the one that eats roof racks and Nutella https://www.froginette.org/ile-du-sud-le-vrai-partie-2/ ). 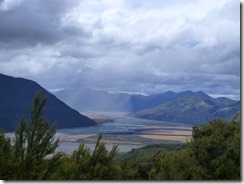 The rain is going away… in Waimakariri river valley 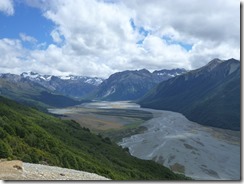 Waimakariri river valley on the way up… 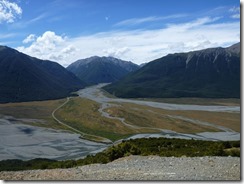 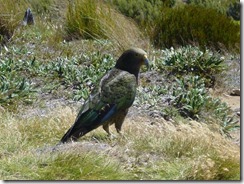 Then we drive down to the west coast, still without rain! We pass on a big bridge and on a really narrow one down on the coast at Kumara Junction … one lane bridge for 2 ways driving + for the train track!!

In Greymouth, we look for a caravan park, which is a car park behind a petrol station, but we don’t pay too much money for that, and we can have a hot shower! WE went out to see the sunset on the beach, well we missed it (it went down 10 minutes before we got there…) but it was a nice evening walk anyway. 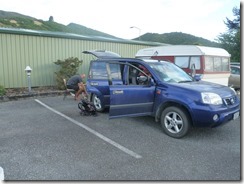 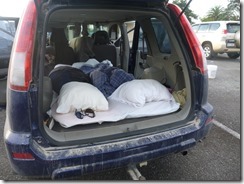 Dinner preparation behind Apteryx on the car park… and our bed ! 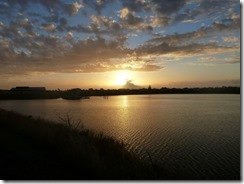 Sunset (even if not at the beach) 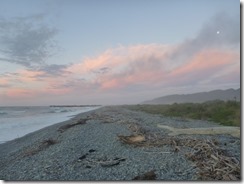 At the beach, what is left of the colors…